12 hours of innovative groupwork, inspirational talks, delicious brainfood and of course: competition. What more could a future service designer ask for on an average tuesday?

USCO (Using Digital Co-Creation for Business Development) is a project managed by Laurea University of Applied Sciences and the University of Tampere. The project involves eight organizations that represent both private and public services.

10.10. 2017 a hackathon of services was arranged at Laurea Leppävaara. The hackathon was based on the human-centered perspectives of design. The aim of the hackathon was to rearrange the services as we know them and to create new human-centered services for the 100 year old Finland. 18 multidisciplinary teams participated in the event and by the end of the day 18 brilliant ideas packed in one minute videos were presented to other teams and the jury consisting of experts. The winners were announced and rewarded in a gala filled with bubbles and balloons. 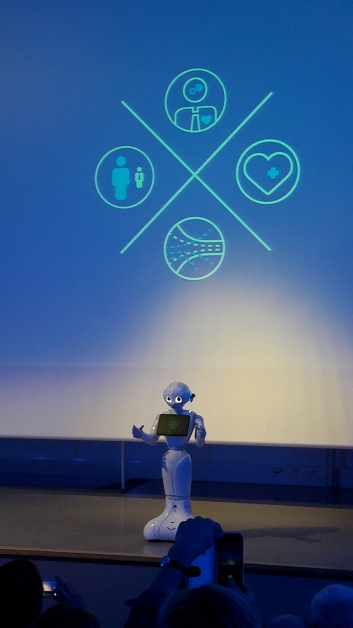 Our host at the USCO gala

Our team had the privilege to create a service for a fictional persona Matti, a 60 year old chairman of his condominium. The premise of the design process was to create a human-centered service, a design for life.  As a result of an iterative and sometimes frustrating process we came up with a brilliant idea that would fulfill Matti’s needs as an enthusiastic chairman devoted to the community: a digital service that connects Matti to the other residents and the other condominiums in the area. Our service Fiksu Naapuri (Smart Neighbour) enables all the residents and condominiums to participate and communicate on different levels. 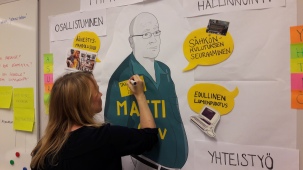 Matti in the making

This was the first time for me to participate in a hackathon and there was a lot to learn. I was surprised how rewarding it was to work as a group with people previously unknown to each other. In our multidisciplinary group we all had the freedom to express different opinions and were able to take advantage of the enormous amount of knowledge we all brought to the group. As we had no preconceptions of each other it was easy to keep an open mind. We came up with ideas and built up on ideas of others in a way that is achievable only in a heterogeneous group.

The seamless groupwork would not have been possible without our tireless facilitator Anna who had all the useful tools at hand and who gently guided us back to the path when we hit the wall. Using an iterative perspective on the process Anna didn’t hesitate revoking, going back and clearing the table when needed. Another source of inspiration were the talks. Combining themes in all the talks I saw during the day were the importance of designing services instead of products and involving the users in the process. 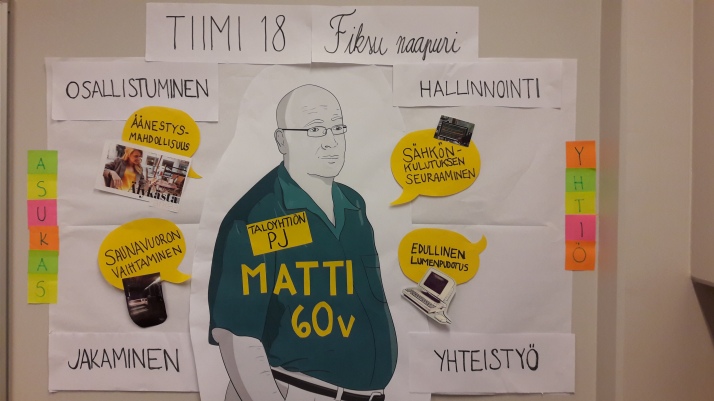 Adding up the 12 hours at the hackathon I have to say the gains definitely outrun the pains. As we all know, there are certain things that can not be learned from a book. For me building up on ideas of others, listening to their perspectives, making mistakes together, iterating and finally achieving something we can be proud of were the most important teachings of the day.