By Salla Kuuluvainen
I recently attended two events which made me think about futures thinking and it’s relation to service design and innovation. Innovation, by definition, is an act that reaches towards the future, and and engages the innovator in creating a future that may be something they wish for.. or not. How can we as innovators and service designers engage in creating those desirable futures?

I attended an event in Tiedekulma where the year 1968 was discussed. I went there, not because my studies of service design, but because I’m interested in changing the world, and when younger, also identified as an activist. One of the speakers, Johanna Vuorelma, a historian, claimed that politics in today’s world no longer are utopistic. In 1968 there was a real sense of trying to build a better, different world from previous’ generations’ with a World War and its horrors.

I could agree on that. The revolutionaries and activists of today no longer reach for a desirable future, instead they try to preserve something of old: a somewhat habitable planet or a shred of human rights, or a homeland that looks like in 1950`s if they are active in the conservative movements. So activism today may look like the same thing as
in the crazy year of 1968, but actually the drivers and motivators behind the actions may be very different. 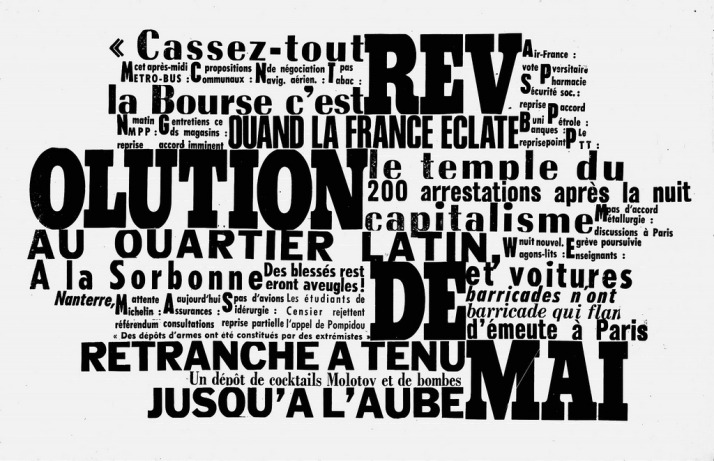 Another event I attended during Helsinki Design Week was Futures Talks, organized by Futures Specialists Helsinki. In the event we heard many different ideas and scenarios for future, some more positive than others. The idea that impacted me the most had to do with design thinking. The organizers discussed the idea of designing our futures, meaning that studies of the futures thinking is not just a passive act of trying predict what will happen – instead a we should see how each of our actions and choices creates the future in this very moment.
In conclusion of these two events I thought that maybe utopistic thinking does not happen in the realm of activism and politics anymore, but that sometimes more optimism and positive energy for change can be found around events that discuss design and innovation. Our final task at the event by FSH was to create a future wall with post-it notes about our personal utopias, dystopias or protopias – protopia meaning a world that is better by a small, achievable change. Maybe Service Design is actually just about that – creating a protopia for our everyday lives. 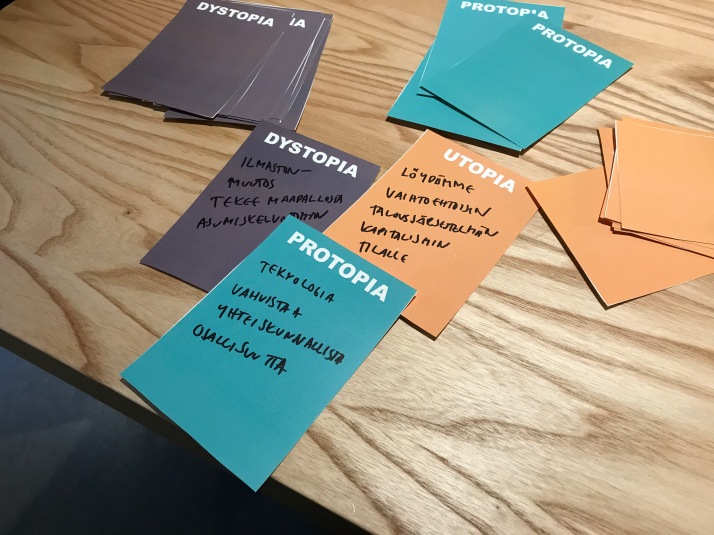 One thought on “Utopia or Dystopia? How is the Future Looking like in Service Design?”